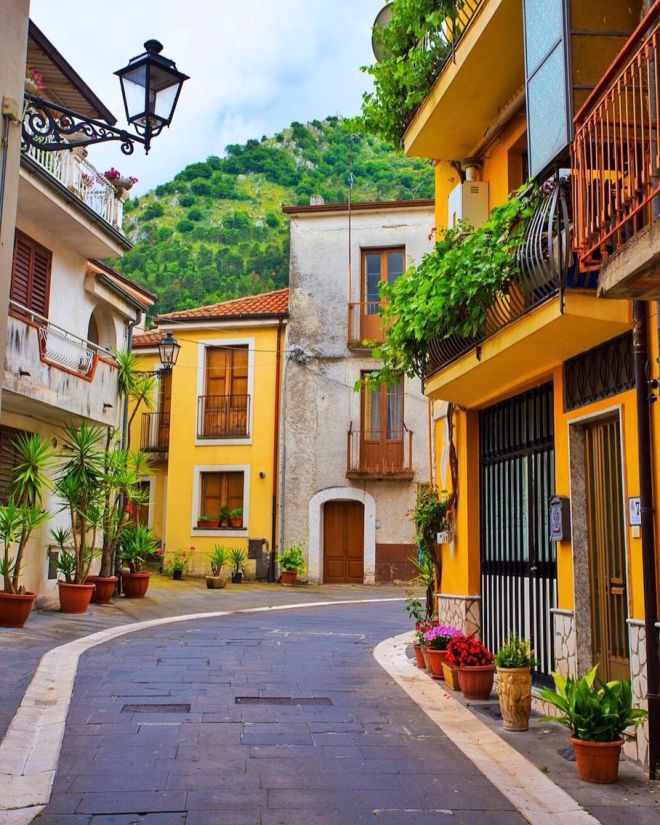 For Americans of foreign descent whose families have been in the States since the first Thanksgiving or soon thereafter, the United States is as much their heritage as whatever foreign origins they claim. In contrast, I am the offspring of two Italian-born parents and spent my childhood summers in Italy with grandparents and other extended family. From the week school ended in June until Labor Day weekend in September, my home was located in a place far from where I was born.

So for me, as much as New York is my hometown and the United States is my homeland, my origins are very deeply rooted in Italy, which is just as much my mother country / fatherland as is the United States, the country of my birth.

The town where we spent our vacations is in the province of Salerno, in the Campania region, not far from Amalfi and Positano. Our house is a bit inland, nestled in a beautiful valley (the Vallo di Diano) in the Cilento and Vallo di Diano National Park (a UNESCO World Heritage Site).
It looks like this:

A short drive away we had beaches like this:

If we didn’t go to one of those beautiful beaches, I spent the day with my friends—riding or racing our bikes (what helmets?), exploring the area, and always enjoying my obligatory daily dose of gelato at the local bar/cafe. I remember some days we would forage for wild blackberries when hunger struck. We’d eat as many as needed to fill our bellies. Then, with our dark-purple stained fingers, we would thread more onto long blades of wild grass to transport them home.
They didn’t always all make it home mind you—sometimes we got hungry again.

As a child who was always on the go, and I never recall uttering the phrase “I’m bored.” I noticed no shortage of activities—from regular open-air markets, to near weekly feasts to celebrate local holidays (usually saints’ days), and the bike races that came through town every summer. The Giro d’Italia (Tour of Italy) usually runs in the springtime and our town or one nearby would make the route every few years, but every race that came through town was equally exciting in my eyes.

When I was a bit older—thirteen or so—I was granted the use of a moped and at sixteen I graduated to a Vespa (helmets were still not a thing) to tool around and run errands, so my exploratory radius gradually expanded as did my curiosity and sense of adventure. I had never felt so free as during our time there.

We stayed out late, gathering in the piazza or one of the cafes open from dawn until well past midnight. Our parents weren’t the least bit worried about our safety—chances are they were out and about themselves somewhere. Everyone knew everyone else–for their whole lives. What could possibly happen?

It was as close to a carefree youth as I can imagine there being. And while those days are long past, the essence of that life is deeply ingrained in my being. I’m still always on the go and feel restless when I’m still for too long. I still ride a Vespa to tool around and to run errands, and though it’s a bit bigger than the one I had as a girl, the sense of freedom just as pure. My curiosity hasn’t waned—nor has my love of gelato, fresh fruit, or adventure.

I haven’t been back to our family home in Italy in years, but my Italian upbringing has deeply imprinted itself on my being and I can only say Grazie!